I guess there won’t be that many people who will find this blog interesting—in particular, it won’t be terribly different from the many other blogs that have been written with exactly the same title. But it’s a useful aide-memoire for me, so on we go.

Our hotel; bike store to the right and restaurant to the left

Day one proper started with various attempts to break the record for the biggest breakfast ever consumed, followed by last-minute panics about our bikes. One poor guy kept having a puncture—every time he installed a new inner tube and put on the tyre, the tube burst when it got to 100 psi. It eventually turned out that there was a slight and invisible protrusion from the wheel, where the inner tube sits, so the fix was simple and (as far as I know) he got through the day without incident.

Of course we had our photo taken by the famous sign. It turns out you have to pay to do this, and the group picture will be emailed to our leader Rob. But I did manage to get a snap of Father Paul and his friend from Kansas, and here it is. 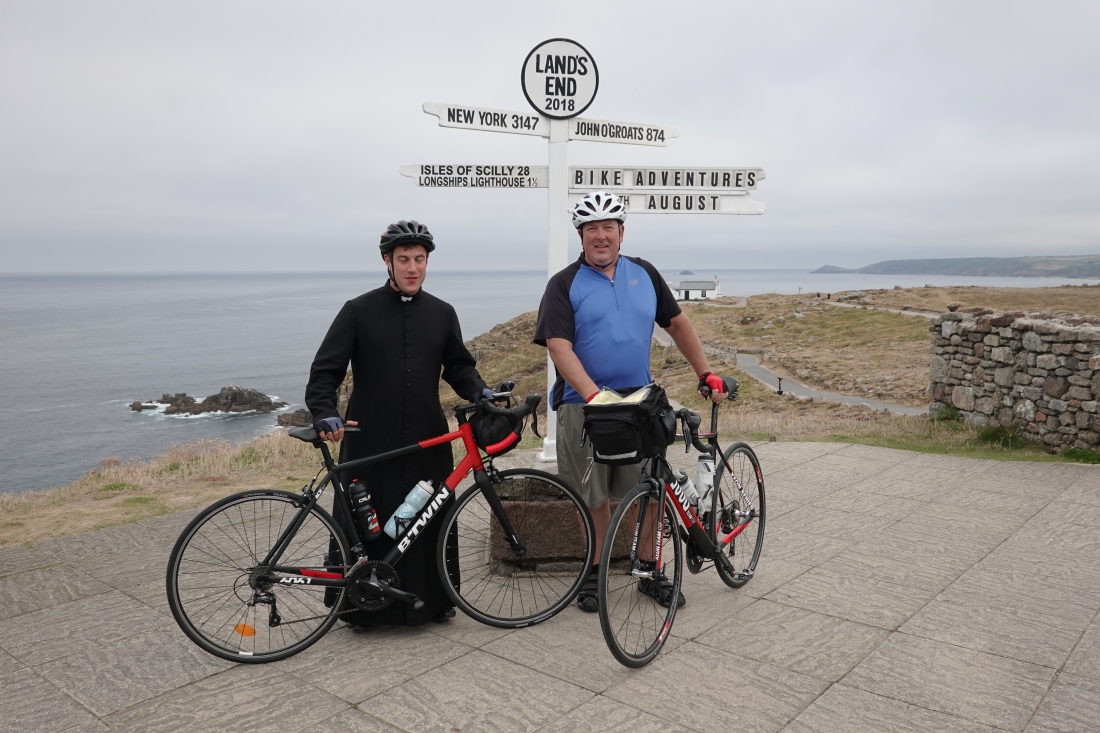 The answer to the next question is ‘no’, but his cycling jersey was cunningly adapted to allow him to wear his collar. Pretty cool.

We were given pause for thought as we left.

Be careful out there

It was cool and overcast as we set off, and I wished I had my (ahem) newly-acquired arm-warmers with me. Here is a typical scene—apparently the view is pretty spectacular if only you can see it. That’s Karen a little way down the road. 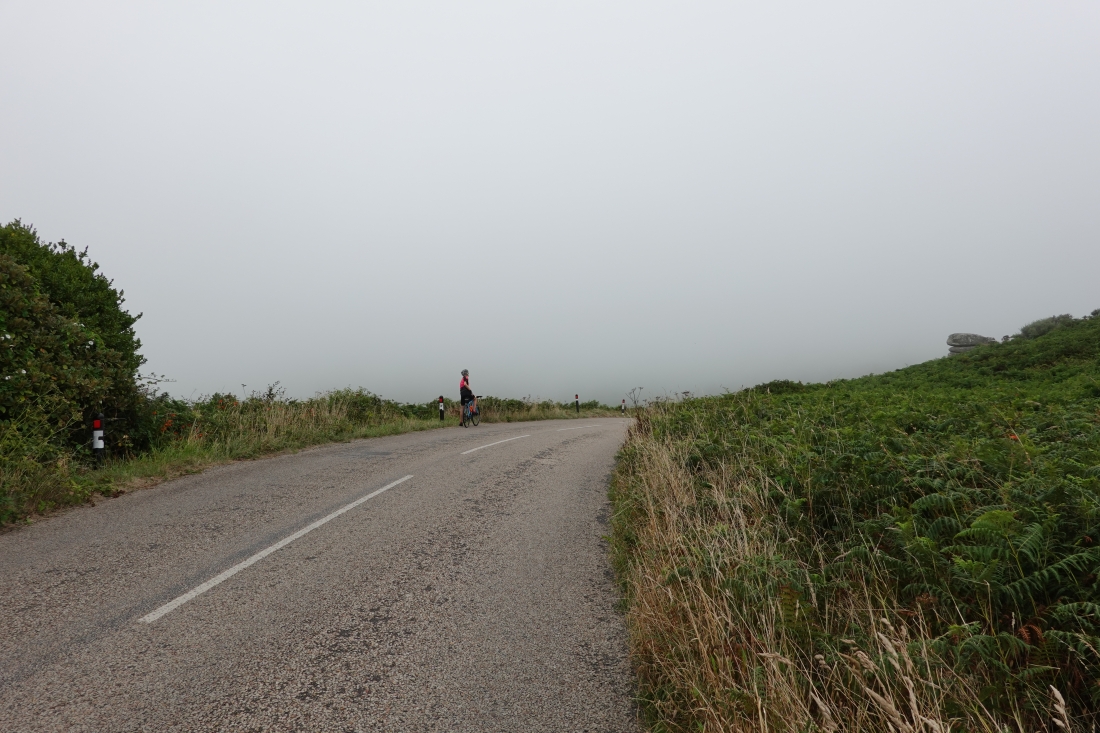 But by fifty miles the mist lifted, the sun came out, and I wished I had slathered myself in Factor 50. I now have a cyclist’s tan, of sorts. Here is what Cornwall looks like when the sun comes out.

The day was hilly—really hilly. I was glad to have an 11-32 cassette, although 11-34 would have been better. But the main problem, and the main worry for tomorrow, is the heat. Strava records my speed, heart rate, power, and the temperature. I can hardly believe it reached 122 Fahrenheit, but it’s clear how quickly the temperature went up. And how much my speed varied.

I reached the hotel at about 4:15, had some orange juice and peanuts (hydration, protein, salt…), and then a shower. The question of fuelling myself is an interesting one. I nearly bonked once, and I really don’t want that to happen. Slower tomorrow, with more breaks…

This map shows how much progress we have made so far:

And this map shows how little progress we have really made:

A long way to go

And finally, it shouldn’t be about the bike, but I am jolly pleased so far with my Mason Resolution2. I have explained to some people that when I had our elderly Vauxhall Zafira valued on webuyanycar.com, I calculated that I’d have to sell 17 of our cars to buy the Mason. But I’ll cycle more per year than we drive the car, and it’s a beautiful machine, so I think it’s money well spent.