London to Penzance by road is 284.4 miles (if you take the A303 and the A30). This is 27% of the distance I’m proposing to cover over the next two weeks by bicycle, so it was pretty scary this morning looking out the window of the train and watching the countryside flash by at 100mph or whatever it was. It’s a long way from Land’s End to John O’Groats. But I hope my bike is more reliable than the train. Just over an hour into the journey it came to an abrupt halt and were told that the buffet could no longer serve hot drinks. I assume the two were not linked.

Eating up the miles

But I made it to Par, took a slow train to Penzance, and met fellow travellers Lisa, Karen, Nigel and Pam in the car park. Rob picked us up and drove us to the Lands’s End Hotel, where we spent a happy hour or two assembling our bikes. I was relieved that my precious Mason was undamaged, although I had the usual angst about how best to carry stuff like spare inner tubes, a jacket, a lock, and so on. The saddlebag proved to wobble too much, so I went for a handlebar bag. I hope it doesn’t mess up the handling too much.

The weather is cooler and cloudier than in London, though it’s pretty changeable. The two pictures below are separated by dinner—about an hour and twenty minutes. 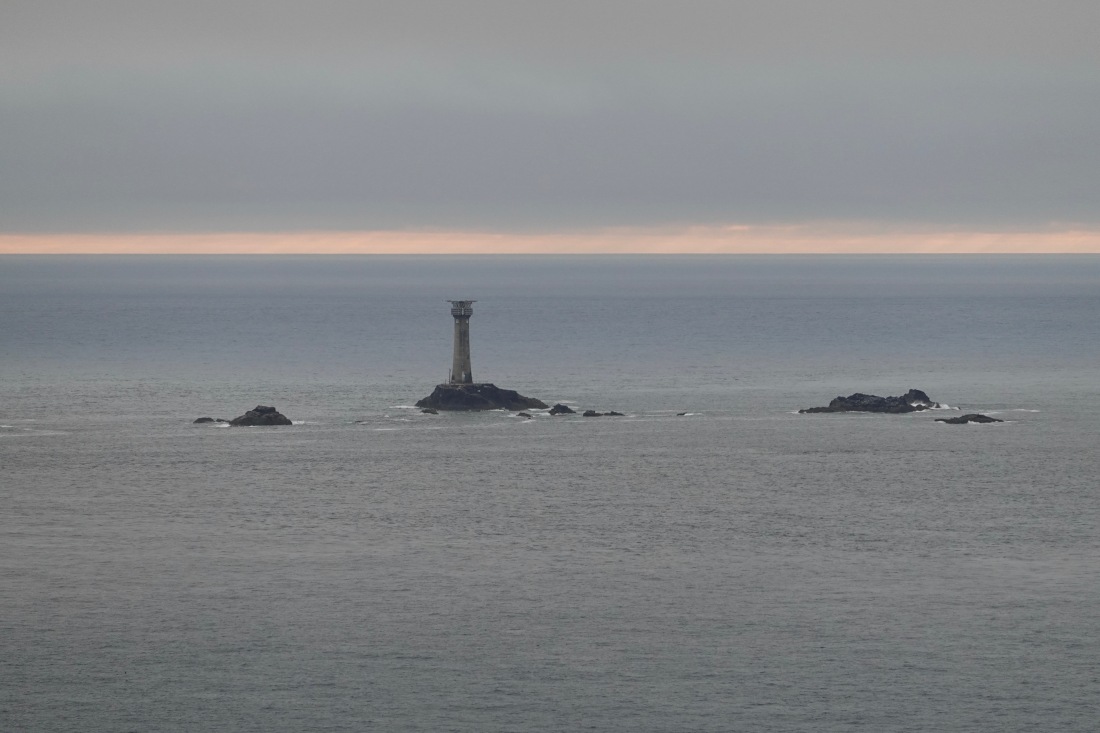 Looking out at the lighthouse

After dinner I came back to my room, with (to followers of LEJOG blogs, at least) its familiar views.

The hotel and the tourist stuff associated with it

We set off tomorrow at 09:00, presumably with a picture of all of us gathered round the famous sign. Seventy-odd miles with a lot of climbing. It’s the beginning of a fourteen day cycle of sleep/eat/cycle/eat/sleep. Time will tell if it’s catharsis or something else.